This is where I was, my friends, my family, and a whole bunch of people I don't know.

I'd been really nervous the night before - I had a dream that no-one showed up. But then as I was walking to the protest I saw people I didn't recognise at every traffic light, obviously heading in the same direction, I let myself dream it would be really big. It was bigger than that. We spilled out of the park we'd planned to start in So many people had put together signs, or painted their face - we hadn't really done anything to make it happen (although there were some really dedicated stall holders) - people were just that angry.

It was the greatest protest I've ever helped organise; it was also a bit of a disaster. We'd planned to stop in Midland Park, but we were just too big. Once we got to Parliament we had no Sound System. The program of speakers wasn't the best we've ever organised, so we missed out on a great opportunity to educate people.

There were protests on all 7 continents that day: 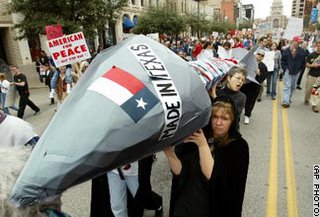 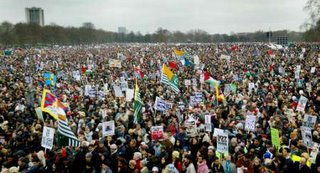 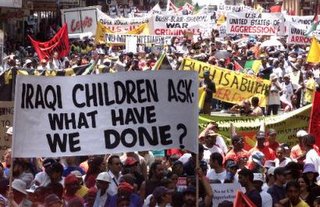 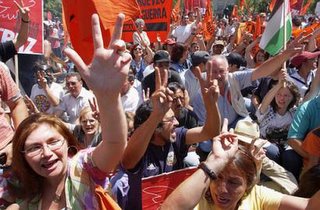 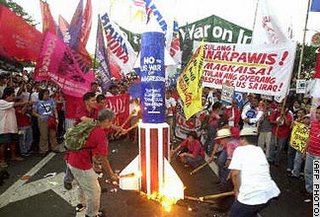 Antarctica (all photos come from this amazing photo archive - go there I left out many great photos. I also love this book).

That was 3 years ago, the protests are smaller now, and we didn't win. But there were still 30 million of us, and we have, hopefully, learnt something, so we can keep building.