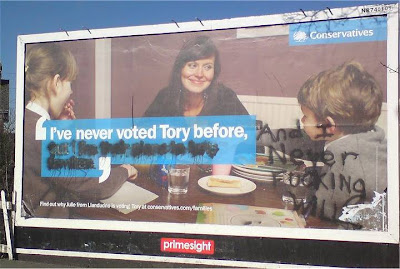 So I'm reposting some of the blog posts I wrote years ago over at The Hand Mirror. This week I have felt the irritation at International No Diet Day rise slowly (mostly fueled by the facebook group), and I wanted to write a post about why it annoyed me so much. Then I realised that I've already written that post so I decided to repost it instead (i've edited quite a bit, to finish the sentances and elaborate on the ideas).

In my experience No Diet Day's are most commonly observed at Universities, and usually by eating cake, chocolate and ice-cream at a dessert evening or some such event. Sometimes, when you have an anti-feminist women's rights officer, they're observed by giving away diet coke and fruit (because International No Diet Day becomes Love Your Body day and what better way to love your body than fruit, diet coke and yoga - I really wish I was making this up, but I'm not).

My superficial criticism of No Diet Day is how easy co-opted and perverted it is. An article from ABC in Australia:

In the 936 office Drive Producer, the lovely Lynn, got up especially early to spend most of her morning baking, in order to provide her colleagues with the most delectable Pavlova and cake.

Annie Warburton and the team from Mornings spoke with Stephen Dimsey, State Manger of Life Be In It Tasmania, to get some sensible tips for those who enjoy their food but want to stay in shape.

Then later on Stephen says: "What we're saying is that whatever body shape you are, make sure you're a healthy body shape," Talk about making the kind of sense that's not; I don't think I could translate that into English if you paid me.

But I have just as much problem with the dessert based versions International No Diet Day, which are organised on campus by people who are actually feminist.

I don't think dessert is the opposite of dieting. I think to suggest that it is is to perpetuate a shallow, unhelpful understanding of the role of food in our society. Food and control are so tightly linked that the only other alternative to controlling your food intake is losing control of your food intake. You can't just 'not diet' for a day - because the gremlins in your head about food and your body will still be there - interrogating every food choice, everything you do. To suggest anything can be achieved in a day is too hide how deeply people are affected.

The opposite of dieting is actually making food about food. I know that's an uphill battle. I know the vast majority of women students are nowhere near there. But I don't think having one day a year where you're 'allowed' to eat chocolate is a step in that direction.

In the end kicking those grelins to death is an uphill battle. Whatever the state your personal set are in I don't think it makes any difference whether you eat dessert or don't eat dessert on a particular day. And I think the suggestion that you should or shouldn't deal in any particular way actually makes it harder.

What is ultimately frustrating is that my experience of dessert evenings is that after a certain point people will start talking about how gross they feel and how someone should take the food away so they'll stop eating it - it's not an anti-diet dessert evening without people completely reinforcing ideas about food and control and food and power.

If I had a time machine, and could go back in time to when International No Diet Day was invented (my mind says 1989, but I'm too lazy to look it up on Wikipedia), I would make a suggestion that rather than make it 'no diet day' - how about 'no diet-talk day?" I don't know if it would actually help (and not being so easily commodified it would be less popular). But at least it presents the response to eating disorder culture and body hatred as something that involves many steps, rather than something you can just turn off.

The woman, whose name is suppressed, argued in a civil case that she had felt obliged to fulfil Mr Govers' sexual requests because of his position.

The woman had helped police spy on a methamphetamine ring in 2005. Shortly afterwards, Mr Govers took a bottle of wine to her home.

She said he told her he could help if she was in trouble, and that he knew her children were in care and her violent partner had just gone to jail.

The woman said he asked her to perform a sex act on him, but court documents show Mr Govers denies this took place.

The woman was suing Peter Govers in civil court, arguing that their relationship was a fiduciary relationship - that he had a duty to act in her best interests. The Judge ruled that no such relationship existed - but she did say that she believed that the woman's story was more likely than not correct. I'm really glad that the woman involved was told that someone believed her.

The police culture in Rotorua in the 1980s was one that enabled police officers to rape women with impunity. That's pretty much a matter of record at this point.

We're supposed to believe that it's all changed now. It's all clean - the bad apples in Rotorua rotted the whole barrel - but bad apples aren't a problem anymore.

But a police officer can have sex with someone who did not feel able to say no and remain a police officer. Govers was demoted from detective Sergeant to Senior Constable. He still has the power of arrest, the badge, the baton, and the mates.

Years ago I asked this:

For me this shows one of the fundamental problem with the police. Abuse, including rape, appears to be an inevitable result of the sort of power we give police. I know people have different analyses about how much good the police do (I come down on the side of 'none'). But even if you believe that the police do improve society, do you really believe that what happened to Louise Nicholas, Judith Garrett and countless other women is an acceptable side effect of that good?

Labels: Louise Nicholas is my hero, police, violence against women

The paper had sat on our kitchen table for a few days. The Dominion Post is given away for free at campus and one of my flatmates brings it back to do the crossword. The headline caught my eye:

I never raped anyone, former officer tells the jury

I read stories like that, but I take a breath first:

A former Rotorua police officer denied raping a 17-year-old Rotorua teen in her flat 21 years ago but could not rule out a brief sexual encounter, a court has been told. Iosefa Fiaola told a jury in Tauranga District Court yesterday that he did not know the woman who alleged she was raped in her flat in 1989.

Then today I searched Stuff for 'Rotorua' 'Police' 'Rape'. There were lots of hits.

The jury had come back on Thursday. They had found him not guilty.

Another woman had gone to the police about being raped by Iosefa Fiaola, this article strongly implies this was the reason he left the police force.

The article I read was on page 5 or 6. When Rotorua cops stand trial for rape in the 1980s, it's barely news anymore.

I keep looking for the words, but I have so many jumbled things I could say to that. And I've said them all before, more than once.

How many people knew? Obviously lots of women knew, women who were raped, women who structured their lives around avoiding cops, women who had been warned. But none of them had the power to stop these rapists. How many police officers knew? How many lawyers? How about other men who could have stopped it? Or just men who could draw a line and say "I'm against raping women, even when my buddies do it?"

It's too big for me to comprehend, even now, even after thinking about it for years.

So I'm just going to say, again, that I believe this woman.

Labels: Louise Nicholas is my hero, police, violence against women