In solidarity with the missing miners, their loved ones, and their communities

I have nothing else to say at the moment, but to offer my solidarity.

But Sandra from Letters from Wetville has said something that I think should be listened to:

They do not need to swarm around our town, vultures in search of a product to sell on their 'news' programmes.

I too, am desperate for news of the Pike River miners. I too, checked the internet and the radio about a zillion times today, hungry for word that the rescue team can begin their job. Like everyone else in Wetville, I appreciate the messages of support from all over New Zealand, all over the world. 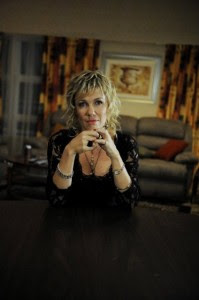 So just before the polls closed I posted my endorsements for the Wellington local body elections. A number of candidates posted on replies to my blog - most of which I found pretty amusing. Now that it's all over and Celia Wade-Brown has shown how appalling she is in record time by speaking at the "giving government cover to lower the legal protections of film-workers" rally, I thought I'd respond to two of those comments.

It was awesome to see Kerry go - the day after the announcement a friend of mine drunkenly yelled out "Kerry's gone" in a cheap malaysian restaurant, and everyone cheered back at him. In the days between the election, and the announcement that Kerry had really lost, I got some pointed comments from some friends and family members who knew I hadn't voted for mayor.

On my blog I had criticised CWB for being a greener tinged Kerry Prendergast, and not being left wing. She replied:

So when I suggested that her economic policies were no different from Kerry's and this was all she had. This is her best demonstration of her commitment to redistribution of wealth? Or her commitment to providing services to all regardless of income? I quoted this list to people who gave me shit about not voting for her, while we were waiting for the result - and they had to concede my point.

The other candidate who posted, and the real reason that I'm writing this post(apart from getting in early having a go at our new mayor) was Iona Pannett. One of the things that I expressed lots of frustration with in my blogpost, was council candidates who were more interested in telling us about their family than their policies.

Iona Pannett objected to this:

Your criteria for voting seems a little inconsistently applied to candidates and is an interesting one for a self-declared feminist.

It was after feminist writers and thinkers who have rightly done a great deal to deconstruct the split between the public and the private, a split often upheld by male thinkers and legislators.

I don't think people should have to deny they are parents and think it important that people standing for public office are well rounded people.

Just for the record, feminists who theorised about the public and the private, had more on their mind than the importance of those running for office talking about their family. That was a campaigning trick well before the feminist movement. But I thought I'd talk a little bit more about the serious point I was making behind the jokes.

You only get a few hundred words to convey where you stand to voters in a council blurb. Many of those running throw out inanity after inanity - telling us who they are, not how they'll vote. These blurbs may seem ridiculous, but they have a purpose, a purpose Daran Ponter made clear:

My wife Vickie and I, and our two children, Crystal and Thomas, enjoy all the normal things Wellingtonians love - Saturday morning sports, mountain biking, watching a game at the stadium and occasionally sleeping in!

The purposes of the children, and the heterosexual partner, and the other mentions of family in blurbs is to scream I'M JUST LIKE YOU at the voter. Ponter is particularly specific about the voter he is just like - normal is heterosexual, middle-class and able-bodied, at minimum.

Iona Pannett made this explicit in another way in her suggestion that 'well-rounded' people make good councillors - she was just proving that she was well-rounded when she mentioned her child (I've actually known people of all metaphorical shapes with children). I find this deeply offensive I think those who don't have children, those who can't have children, and those who don't have the resources to raise their children in Lambton ward (another point Iona Pannett made sure to mention) will make just as good councillors as Iona.

If you have only a few hundred words to persuade people to vote for you, and you choose to use it to talk about your family, then what you are saying is screaming your normality is more important than telling people what you believe.

That seems like as good a reason not to vote for someone as any.