My comrades and fellow writers, both here and around the internet have written really amazing things in response to the Auckland gang rapists, the horrific responses from the police and media, and how rape culture operates.  I have things I want to say, about the police and about what has given me hope, but I don't think I'll write them soon.

But tonight my Mum asked me what she could do - she said that that everyone she was talking to had said 'Things have to change after this'.  And I believe that too, but they'll only change if we make that happen.  I told her I'd send her a list of things that people were doing - this is that list (hyperlinks generally go to facebook pages with more information).

Saturday 16th of November is a national day of action against rape culture, called in response to these events. There are organising meetings tomorrow (Friday 8 November) night in Auckland and Wellington:

The Wellington meeting is 6pm at 19 Tory St.

The Auckland meeting is 6.30pm at the Auckland University Women's Space (which is open to men for the purposes of this meeting).

Protests have already been provisionally organised in Auckland, Wellington and Christchurch.

These events have generally been organised by individuals who know each other and want to do something using social media to reach a wider audience. People in other areas could do the same.

Giovanni Tiso listened to Willie Jackson and John Tamihere the day after their interview with Amy and put together a list of their advertisers.

ANZ - who weren't on that list have also indicated that they're going to pull their advertising.

My friend works for rape crisis Wellington - someone sent them flowers today as an appreciation of the work they do.  As you probably know the services that support rape survivors are under-funded and over-worked. 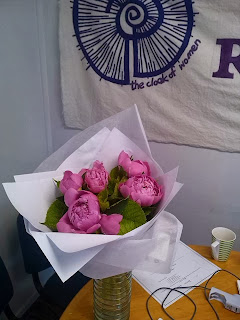 If you have money you can spare you could send it to to those doing support and prevention work.

And if you know someone who you know might have been triggered this week you could check-in on them and send them love.

I'm worried that this is sounding individualist - which is why I opened with the collective organising.  I do believe that we only have the power .  And I've been really heartened by the informal organising I've seen on social media these last few days - talking, supporting each other and taking action (Educate, Agitate, Organise, looks a little bit different when talking about rape culture it's Educate, Support, Agitate, Support , Organise, Support)  But I am going to end on an even more individual note.

It is very easy to condemn rapists you don't know - Matthew Hooten can do it. Condemning rapists in the abstract, or rapist you don't know, isn't actually fighting rape culture.  The question is not what you think of young men you've never met who boast about raping people.  The question is how you react when someone says that your friend, lover, brother, son, daughter or even just acquaintance is a rapist.  I've seen so many people who posture about how much they hate rape, but who snap into denial mode if they've even met the guy (the standard script which appears to be built into rapist apologists is: "that's a very serious allegation - have you gone to the police"). Everyone who attacks rapists in the abstract, but protects and supports the men (and people) they know who have raped someone is doing hard labour to maintain rape culture.

So next time someone tells you about sexual abuse remember what Willie Jackson and John Tamihere said, remember what the police said - and decide to do something different.  Believe them without any 'have you?', 'did you?' 'what were you wearing?', even if it means you need to change your understanding of someone you know, you care about, or you love.

As I suggested at the beginning of this post I do have hope. There are so many of us, who are talking back in awesome, smart, funny, strong, powerful, emotional ways. Thank you - to everyone.