So in my last election related post before the polls I thought I'd describe my plans for tomorrow.


As I live in Wellington Central I can't use the ridiculously complex analysis I did of electorate seats. On top of that familiarity has certainly bred contempt when it comes to the parliamentary parties' candidates.

As it happens I can more easily make a case for voting for Paul Foster-Bell the National candidate than either Grant Robertson or James Shaw.  If the polls were swinging differently Paul Foster-Bell could be a tactical abortion vote, but they're not so he's not. James Shaw appears to have been grown in a lab to personify everything those on the left criticise the Greens for.

Then there's Grant Robertson - who gets a lot of support round Wellington.  I don't like him - not just because other people do - I think I sometimes come across as more contrarian than I am. But for actual good policy based reasons on an issue that is important to me.  Grant Robertson was involved in designing the PBRF (performance based research fund) system that is currently doing such damage to tertiary education (and was always going to do damage in exactly the way that it did).  And I am a little bit contrary so any time people on facebook are nice about him I mutter PBRF and get a little more entrenched.  Plus my second rule of voting is "1984: Never forget, Never forgive." - and I take that very seriously.

So who am I going to vote for? I have two choices: Kelly Buchanan - the Alliance candidate I know and broadly agree with (she posted her responses to the Right to Life on The Hand Mirror).  Or the Pirate Party candidate - because I believe new episodes of Joss Whedon TV shows are a fundamental human right.

I will probably vote for Kelly - mostly because I'm very good friends with her partner - and they're going to drink a shot every vote Kelly gets.  It's been a hard year and it's time for my friend to have fun.   Also I don't know the Pirate Party Candidate's position on abortion - and a girl has to have standards.

Party Vote
A few days ago my facebook status was "I think I'm a reasonably unprincipled voter; all I want is to vote for a left-wing party, where no-one in an achievable position on the list is anti-abortion or a rape apologist."  So obviously I've been having trouble figuring out if I can vote at all.

Rule 2 obviously rules out Labour (and I'm looking for a left-wing party).

I've written at some length with my problems with the Greens in general and Russel Norman in particular.  But my not voting for the Greens this time is more fundamental, because my first rule of voting is "Tories are evil": 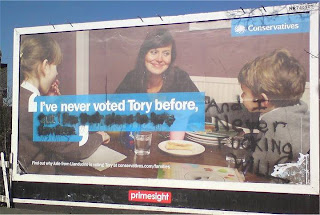 I don't care it's a 1 in a 100 chance that the Greens will abstain on confidence and supply for a National party government after the election (and I think it may be higher than that) - it's still astronomically too high.

So if I'm voting with my party vote I'm voting for Mana.  I was doing a pretty good job of convincing myself to vote for the lizards so the wrong lizards don't get in.  But then I read their policies.  Now some Mana policies are great - the disability policy is radical, and clearly addresses many of the problems with the current system in a way that takes disabled people's lives and liberty really seriously.  And (as you'd expect) their Te Reo and Te Tiriti policy are awesome.   They released their Industrial Relations Policy today and it's very impressive (I am a little worried that a 25% loading which made casualised labour a legal category would entrench casualisation - but since it's not going to happen that's of rather minor concern).

However, their education policy is just weird.  In some places it is strangely specific, but it ignores or is unclear many of the really important education.   So it's very clear that every school needs a community garden, but doesn't mention the level of the operation grant.  It appears to be promoting a work for the student allowance system (but that isn't really clear).


Abolish National Standards and replace with information that lets parents know how well their children are doing compared to other children, nationally, without the bad effects of the current direction.

On one level the statement is so incoherent to be laughable: abolish National Standards, but standardise where children are nationally in a way that would magically get rid of unspecified 'bad effects'.  This is such a damaging attitude to what education is for.  The point of education should not be measuring children against other children - but about learning.  Children differ so much in what they find hard and what they find easy, what they love and what they struggle with.  I want an education system the values in every child what they are good at, and but also values learning and improving from where a child is.  Measuring children with other children is the antithesis of that.

Their policy to make NZ tobacco free is so ridiculous that it's hard to know how to respond.  The failure of prohibition is pretty well documented when it comes to alcohol and drugs.  Criminalising marijuana has hardly been liberatory for anyone.

On one level it doesn't matter because it's never going to happen.  But I think it shows a fundamentally problematic attitude towards working-class people's lives.  Working-class people are making complex choices about their survival strategies and the path towards liberation involves fighting for more resources and more choices.  Taking away the chance to find a break, breath deeply, and get a hit of nicotine so they can keep going from those who feel like they need it is not liberatory.*  They're ignoring all that and instead asking how can we use the power of the state to get people to behave how we want them to behave?

With National Standards and Tobacco in particular - my problem is not just that the policy is bad, but that it shows a way of thinking about society and state roles that I fundamentally disagree with and makes me distrust the way they are thinking about politics.

See writing this I have almost persuaded myself not to vote for them.  But I really do want to vote for the least worst option, and they are it.  Unless something dramatic happens in the next 24 hours I'll party-vote Mana.

(I can on occasion be brief)

Referendum Part 2
I think I've decided to vote for STV.

STV is the least bad of the four options.  It also has the added advantage that it'll struggle against MMP, because then it'll be seen as just as (if not more complicated).  In general I don't like it, because I think it kind of formalises protest votes and encourages (or forces in Australia) people to vote for candidates who will win, and it has a high threshold for minor parties.  Although it  would make voting on abortion easy.

If SM was in the picture at all, I would consider voting FPP - but as the choice is between STV and FPP - it's pretty simple.

I'll be live-blogging the election at The Hand Mirror.   Expect mostly mockery, bile, depression, and obsessive attention to who is in parliament and where they stand on abortion.

* I guess I should be clear here that I addiction isn't liberatory either.  I totally support any moves that makes it harder for people to get addicted to ciagerettes and assistance towards quitting.